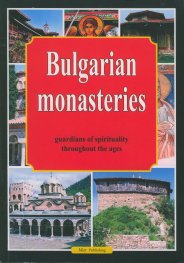 Why monasteries in Bulgaria are so interesting and one has to devote some of his or her time to visiting them? Probably one of the major reasons is that, due to the historical development of the country, they are among the few ,,live" historical monuments preserved to the present day. Some of them are still acting and in the yards one can meet real monks like 500 or more years ago.
Monastic scriptoria and libraries set the beginning of Bulgarian culture and preserved Bulgarian nationality, especially during the five dark ages of Ottoman rule. Books were written in the monasteries in the Bulgarian language, the same language sounded every day during holy mass, children, young people and clergymen were educated in them. Painting, music, crafts like woodcarving and goldsmithery were practiced there. The silent buildings of the monasteries keep traditions and legends of oldest times, facts about holidays and everyday life, and knowledge of the world. The monasteries were very active in an economic aspect as well. They managed arable lands, sheep flocks and land property. They treated the sick, produced beverages and food following old technologies, established contacts with monks from neighbouring and far away countries, collected donations and engaged in building. During the traditional fairs in honour of the patron saint thousands of people gathered every year round the monasteries, organized commercial exhibitions and thus created a good climate for communication.
For the visitor today the charm and coziness of Bulgarian monasteries are in harmony with the beautiful environment for, as the saying goes, there is no monastery built in an unpleasant surrounding.
It is good to sit on the wooden bench on some of the balconies enclosed in greenery - why not the Rozhen monastery, for example - and dive into the silence
for a short while, merge with the past that has flown away like the water from the marble water-fountain of the monastery, with the people who had lived long time ago. It may also happen that...
In this book we want to acquaint the reader with a selection of the most famous Bulgarian monasteries without being exhaustive. Our goal is to provoke you to visit the monasteries and come to know them well. The photos that everyone will make, the personal impressions will be much more exciting than our exposition.
By the authors 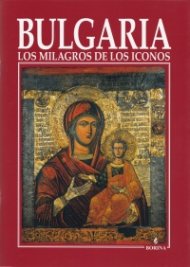 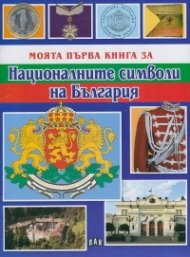 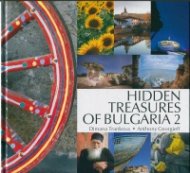 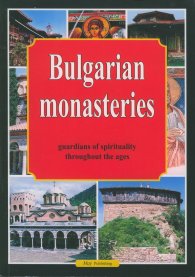